I’m putting on my Political Science cap again because we have to take another look at the Electoral College. If you haven’t read about it in the Constitution and in the Federalist papers you need to. It’ll take maybe 15 minutes, probably less. It is hugely important.

Why? Because a message we are beginning to hear backstage at the political pundits shows is that it could happen again. It is very possible but maybe still not probable that we could elect another president who wins the popular vote but loses the presidency in the Electoral College. That’s why before you start screaming, “Off with it’s head!” you need to read what I suggest.

There were very good reasons why the founders created a) a Republic and not a Democracy and b) made the Electoral College one of the keystones of that Republic. They didn’t want revolution in the streets. They didn’t want leaders, in this case Kings or Queens or both, having their heads cut off by guillotines and posted on spikes or even hanged. They wanted a process that at its end was removed from the masses and decided in a calm, rational fashion. They also wanted to protect the small states’ rights and limit the power from the numbers of the large cities in larger states. 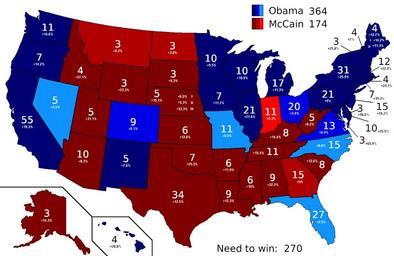 OK you say but “really? now?” Certainly some of that we can quibble with, but let’s look at the reality. To rid ourselves of the College requires changing the Constitution. Again, by design, that is not easy to do. In fact it is hard. Read about it in the Constitution. Secondly, when you do read it you will find that there is nothing said that restricts what is taken up at a Constitutional Convention. Options? It could take up the issue it was called for–or not. That’s right–or not. It could also take up anything else it chose. Why? Because there’s no answer to that question and the law about it has never been tested.

So are we stuck? Well one of the few real scholars of political punditry (and baseball), George Will, gives us a way out. It’s a marriage of the Electoral College and the European system of proportional representation. There are currently two states in the union (Maine and Nebraska) that divide electoral votes proportionally. It could be done state-wide. Candidate A gets 70% of the vote and B 30%. Then they would be given a 70/30 split when their Electoral College members voted. It could also be done by Congressional District. The candidate would get the percentage of votes equal to the number of districts he or she carried.

There is of course another wrinkle. (Isn’t there always?) Voting regulations are the province of the states. It could be that let’s say 25 states voted to change to proportional division of votes and 25 don’t. Workable but messy. The other would be for the Congress to pass a law making the system mandatory. This would be challenged in the Supreme Court, which could choose not to hear the case and make it law by default, assuming the President signed it, or it could hear the case and finally give us a legal guideline for avoiding this worst of all situations, the College overriding the will of the people.

Complicated? I didn’t say it was easy. I do think it is vital to try–at least from my perspective.

As the 2020 election approaches Bill Gralnick suggests we think beyond it to the process. With two modern elections that have defied the popular will because of the Electoral College we must think ahead. To let each election follow the last will bring us to the same fate as all the lemmings who decided to follow their leader.

While you ponder that ponder by Bill’s new book, “The War of the Itchy Balls and Other Tales From Brooklyn.” Amazon.com or Barnesandnoble.com will get it or walk into B&N to the information desk, give them my name or the book name and they’ll order it for you. JJB of Florida calls Bill and wonderful wordsmith.

And remember Bill’s mantra: “Read! It’s good for both of us.