Many decades ago a hip, popular writer/singer named Tom Lehrer, wrote a song titled, “They’re rioting in Africa.” It was a riff on all the nations and peoples who were at each other’s throats. As comedy it was very funny. Unfortunately, it was also true. 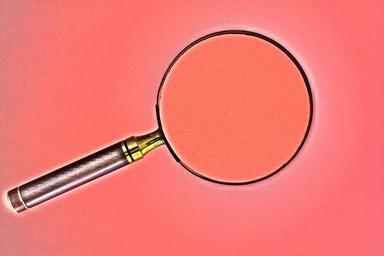 Sometimes those on the periphery of something are the best witnesses. They are far enough from the forest to see the trees. The are far enough from the tumult to be able to think clearly. They see what’s going on but are far enough from it to have actually been a physical participant and so lies the story of Ohio State’s Assistant wrestling coach Jim Jordan. At the time of Jordan’s congressional committee promotion, a wrestling referee placed a statement that he had told to Assistant Coach Jordan that someone was playing sexual hanky-panky with the athletes. Twice, in fact, he told Jordan. And Jordan’s response? Not only had he heard but he knew who was the suspect, the team doctor.

Athletes as sex toys? Any of this s

ound familiar? Where have you gone Joe Paterno?  Hey there Jerry Sandusky are there more secrets locked up with you in jail….? What’s the final number of incidents corroborated in the US Women’s Olympic Gymnastics teams? 265? Forgedaboudit. Dr.Larry Nassar, the perpetrator’s jail sentences at 40 years and then an additional 40-75 years on the various counts.  Joe Paterno an American icon is ruined. And Jim Jordan? He gets to play the three monkeys–hear no evil, see no evil, do no evil. Actually, he goes two for three on that one. If there were a fourth, say no evil, he’d be batting a heady .750. What does that get him? A temporary seat on the most powerful and important Congressional Committee in this era. Not bad, huh?

Not only is it not bad, it is shameful. Where is the investigation about this one? Where’s the person who asks Mr. Jordan under oath what he actually heard and who he knew who actually saw the acts of sexual assault? Where is the legendary Ohio State University in all of this–hiding from political retribution? The parents who must be homicidal angry seem to be hoarse. And yet…and yet.

It is the slimiest and most rotten of all the slimy and rotten things going on in the government right now–at least from my perspective.

Uh oh Gralnick’s angry again. He’s hoping some of you readers will ask these very questions to your local editorial page editors or in a letter to your Congresspersons.

After that, he hoping you’ll buy his new book on Amazon.com or Barnesandnoble.com called, The War of the Itchy Balls and Other Tales from Brooklyn. Endorsed amongst others by Brian Williams and Carl Eskine, it is a coming of age story written in a manner that will pull you out of Washington’s gutter and surround you with fond memories, and a few maybe not so fond ones, of your years 3-17. And a sequel that takes place in college to which you can look forward.

And as Gralnick says, “Read! It’s good for both of us.